Step One: Take your Time 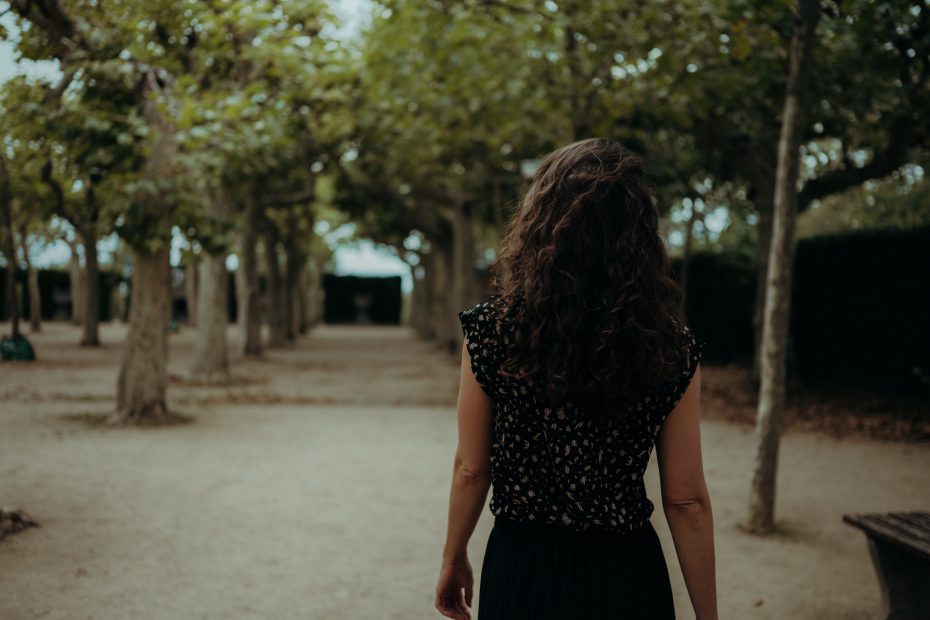 “Are you stressed?” asked my boyfriend, John.

“No”, I replied, tensely. “Not exactly. I know it’s my head, but I just feel like I don’t have enough time today and, on this trip, to do everything I want! I’d like to deepen my yoga and meditation practice, heal my body, give online classes, write my book, write for my blog, post on Instagram to keep people updated, keep in touch with everyone, explore everything Mexico has to offer, and visit all other countries in South America, oh, and build my business. I just don’t know how to do it all. And people keep asking me “When are you going to do this? When are you going to do that? When are you leaving México?” I don’t like it. Why do they want me to do even more!?” I replied.

John thought about this for a minute and then, in his joking, lighthearted manner said, “Yeah, those thoughts would stress me out, too, Love. Why don’t you just let what you like guide you? And do the things that feel right? I’m sure that will point you in the right direction. It will show you what to focus on. It’s what you set out to do.”

After a pause he added, laughing, “Oh, and, you have my full permission to stay in México as long as you want.”

The realization that he was just plain right was accompanied by a whooshing sensation that swept through my body as all the tension left my muscles. I felt something shift in that moment, in mind as well as body. With his impulse, and a simple reminder, I had discovered an important piece of the puzzle I’d been missing. I had known it was missing. I’d been searching for it for some time, but unable to describe its edges exactly, it had been difficult to find.

“You’re right.” It was all I was able and needed to say.

Patience has never been my forte. I have always wanted to do 1000 things at once and get them done faster than I had initially set out to do. My ambition has always been extremely high, accompanied by a sense of urgency spurring me on to aim higher and accomplish faster. This has had its advantages academically. It has led to getting a BSc and MBA within 4 years, including two six-month periods of interning abroad. It has also allowed me to reach a Marketing Director position by 30. The other side of that coin has been that I have never felt there was ever enough time to do everything I have wanted to.

Time has always been moving faster than I could keep up. I have constantly been looking over my shoulder to see if I could outrun this invisible beast, that I have felt breathing down my neck even as I sprinted away from it. I have run, only to realize when I stopped looking back and instead faced forward, that it was already ahead of me, waiting. Always waiting. Always faster than me. Always looming in its presence, but invisible to the eye. I would halt a moment to catch my breath, try to locate it, then again, I would set off in a dead sprint, perhaps in another direction, to try to fool the beast. And yet again, it followed and waited.

After I got my diagnosis this feeling became significantly worse. I felt time was not only running out but had actually run out. The beast had arrived to consume me. Within minutes of hearing my unfortunate news, Google made the impact TS could have on a body crystal clear, and I felt my lifespan halve. After that, no amount of information or doctors’ consolation had been able to take that feeling away, even though rationally I had understood my prognosis could lead to less dire consequences. My time was, however, shorter than I had envisioned and I began to feel the beast next to me always. The diagnosis had woken me up to my own mortality, taking that sense of ease so many of us carry through our lives away. When I realized I could die (we are mortal, we all will someday), and the increased likelihood of it happening sooner rather than later on an operating table hit me, that was when time really become an issue. What would I do until the operation? How would I pass the time? Would it be enough? No. It would never be enough time. So, how could I make the few moments before matter the most? How could I squeeze as much living as possible into the 6 days before my life would change forever? And if I survived the OR, how could I get back on my feet so quickly, that I wouldn’t waste time away from work or career or all the events that I’d planned to take part in? That had just been the beginning.

After each of my operations, my days were spent in bed, the minutes refusing to creep by, and my body not inclined to heal at all, let alone quickly. Each second felt like a lifetime. Simultaneously, the time I had left to travel, live, and be me seemed to evaporate. I knew I was facing a different sort of life, possibly with less time than others. What crushed my spirit most during those days was that I had all the time in the world to think about what I was missing, staring at the hospital or bedroom ceiling, unable to move.

What did this do to my patience? Nothing good. Nor did it help my mental state overall. I was caught in my head more than ever. I was depressed. But I had to get better fast, so that I could use the time I had left! My body had other ideas. For months and months, I laid in bed, wasting the valuable minutes I had left to live, waiting for my body to recover. What a feeling: My body had let me down because it would no longer perform on my schedule and my mind exacerbated everything by thinking only of what I was lacking.

Thankfully, I realized very quickly I needed help. I needed people, nature, and activity to help me heal mentally and physically. Anger and frustration got me out of bed and upright again, one painstakingly severed abdominal muscle and step at a time. Yoga released me back into the living. I had started practicing during college. Resuming this practice after my operations, getting back on my mat, saved my life. Once I was able, it got me out of time and space, back into the present moment. It reset my head and my way of thinking. It gave me patience where there was none. It let me cry and mourn what I had lost without having those thoughts consume me. It slowly healed not only my body. When I was in a class, I forgot that time was the enemy and simply was.

Many moons and years later, I still came onto my mat, often daily, to escape the pressure of time. Though I frequently cheated my way through Savasana – a pose that teaches you to be instead of do, let go, rest, integrate, be whole – to save a few minutes. Yes, this was counterproductive.

It wasn’t until my recent conversation with John that I had an actual epiphany and found that missing puzzle piece. The piece that had been missing was “time”.

During my travels, I have had a complete lack of pressure from the outside, and my internal clock has still been telling me to race on. The invisible beast has still been chasing me. After our talk, I finally decided to stop running and wait for the beast to catch up. I waited to see what happened, when I stared it down, face to face. Upon doing this an amazing thing became apparent: the beast wasn’t a beast at all. It was me; simply bringing myself a soft, warm, and cozy blanket. The blanket of abundance.

Scales fell from my eyes: I was the freest I had ever been to do as I pleased, and still, I had the feeling of not having enough time. The incredible thing about this realization was that no matter the circumstances, no matter how happy I became or content I was with the state of being, I would always have this feeling of lacking time, if I didn’t change something about it mentally. Of course, it had always been my mind creating the problem. But it took complete bliss and freedom for me to realize that I could shift my perspective away from lack. That I had been looking at time the wrong way. I needed the freedom of choice, to do whatever I wanted, to realize that I could in fact invest time in any way I wanted. No matter how I chose to do that, time would be there as a constant, always giving me more. Time would never change. It would simply be there. I realized that I had always been free and time had been there to wrap itself around me. I would remain free, no matter what physical restraints lay on me. I would remain free as long as I lived in abundance and let time hold and cradle me from one moment to the next. The magic of time had always lain in the present moment.

A new intention was born that day: “I have time. And I will always have time.”

Viewing time in terms of abundance as opposed to lack has been an incredible gift. It has actually given me the gift of time! The magic has been to appreciate each single moment even more. To value the time that is given. To tap into the feeling of having more time, all you need to do is receive it with open arms.

Ever since I realized this a few weeks ago, this gift has kept me comforted. It has been immensely freeing to no longer watch time run through my fingers, but rather watch time unfold before my eyes, second by second. To have this blanket wrap itself around me, ensuring me that it is there. It has been secretly whispering in my ear, “I’m here to support you. I’ve got you and you have me. Let me comfort you, hold you, and be with you always on your journey.” I have felt abundantly grateful for each second that I have experienced. I have felt abundantly grateful for the time I’ve been given. And I’ve felt grateful for the knowledge that time will never go away. It will always be there. For me. And for anyone else who welcomes its embrace.

Any cookies that may not be particularly necessary for the website to function and is used specifically to collect user personal data via analytics, ads, other embedded contents are termed as non-necessary cookies. It is mandatory to procure user consent prior to running these cookies on your website.